Elevated , Inspiration
We've all heard the saying going around, netflix and chill, and if you haven't yet heard it, you've probably seen it trending on social media #netflixandchill or "I thought you said that we were gonna Netflix and chill?" What does "Netflix and Chill" Mean? What's the definition? By now you've probably heard your roommate saying it every 20 minutes and quietly laughing to himself at his cleverness... and you've probably guessed that it doesn't quite mean what it sounds like. Netflix and...? What? Chill, like hang out and watch tv? Nope. 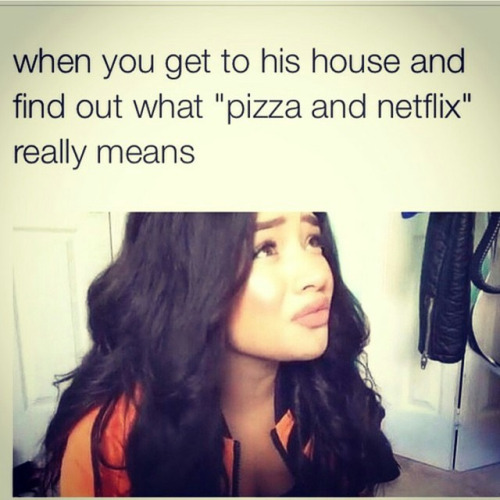 Urban Dictionary gives the definition of Netflix and Chill as: It means that you are going to go over to your partners house and f*** with Netflix in the background. "Yeah we just watched Netflix and chilled." 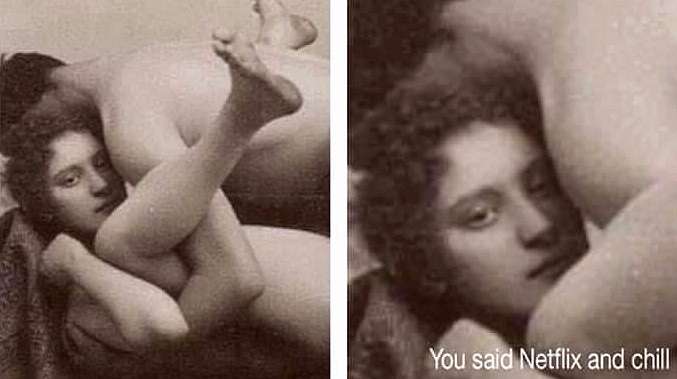 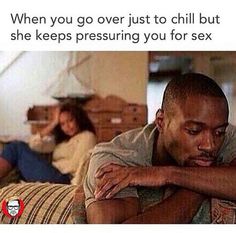 Where did the meme originate from? It looks like it started in 2014, mostly through Twitter. An early example was tweeted by the themed Twitter Start3rPack on November 14th, 2014; it was labeled the Netflix and Chill Starter Pack, with four photographs indicating the pack would contain comfortable socks, pajamas, and a Trojan magnum condom. The tweet received 44 retweets and 56 favorites. Was that really the beginning of Netflix and Chill? A twitter meme almost half a year ago? It's funny how trends and sayings catch on in today's world. The slogan quickly spread thereafter, being used on Urban Dictionary, as quoted above, in April of 2015. It seems as though the trend didn't really catch on until August of 2015 though. It's already been used on twitter more than 430,000 times and counting. And like stated previously, it's probably been used by your roommate a total of 500,000 times since yesterday at lunch. Facebook got it's own version of the Netflix and Chill club that was started in June 2015. The group primarily posts images and memes that keep the humor alive. As of a couple of weeks ago, the internet seems to be fully in the loop of the #netflixandchill craze. Mainstream media is posting about it left and right, defining it for those slow to catch up to the trend, and on August 10th, 2015, the web site Huzlers posted a false article claiming that a woman had sued Netflix after her child had become pregnant during a Netflix and Chill date. Of course this was a brilliant move and the story was reposted all around the web like wildfire, adding to the meme's wide-spread exposure. You can read about the store here: http://huzlers.com/mother-sues-netflix-after-netflix-n-chill-session-resulted-in-her-daughters-pregnancy/ And see where Snopes disproved the claim that a mother sued netflix after a netflix-n-chill date got her daughter pregnant. http://m.snopes.com/netflix-chill-lawsuit/ If you want 20 of the funniest Netflix-n-chill memes then go here to see how the internet is abuzz with it. I wonder what Netflix the company thinks about the use of the meme and slogan? I'm sure they're enjoying the free exposure and reaping the benefits: http://www.gurl.com/2015/08/12/20-of-the-funniest-netflix-and-chill-memes-found-online/ 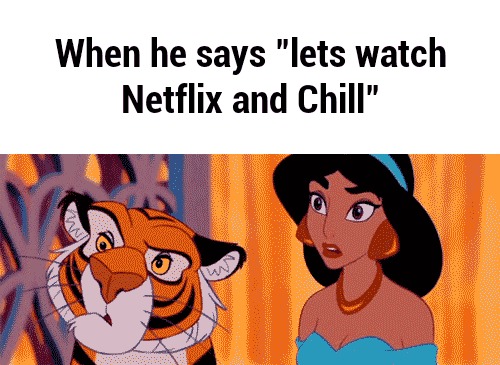